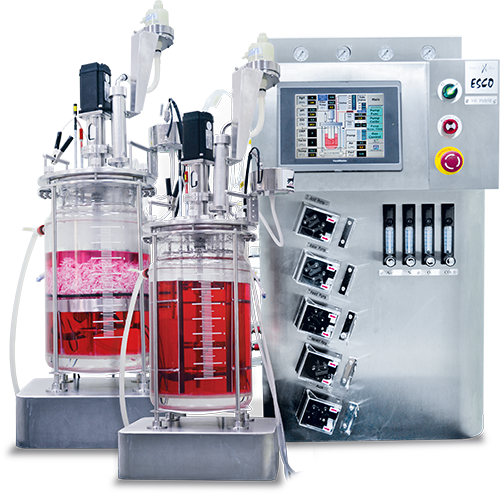 The advantage of using the VacciXcell hybrid bioreactor is its multi-functionality. In a start-up or R&D environment, determining which type of culture would yield the desired product the most is essential. The VacciXcell hybrid bioreactor gives its users exactly that option by being able to try out four (4) different types of culture namely: adherent culture using macrocarrier, adherent culture using microcarrier in a stirred tank environment, suspension culture and fermentation. By being able to do the design of experiment (DOE) using these four types of culture in one system, data gathering and
analysis would be easier and more efficient, resulting in lower total cost and shorter process development period.

Division of Esco Group of Companies